Just a quick one this time: Britt and I played another refresher game of Infinity.  For some reason about halfway through the game we started handling orders and reactive orders incorrectly, but otherwise we had fun.  His sniper basically destroyed me though, as I wasn't air-dropping in my Tiger I had no real way to pry him off his perch once I misplayed my Shang Ji, who should have taken him on.  Dumb move on my part!


This is basically a proof-of-concept shot of some cheap woodcraft Asian-themed buildings for my Yu Jing themed-terrain.  For $6 shipped, I ain't complaining. 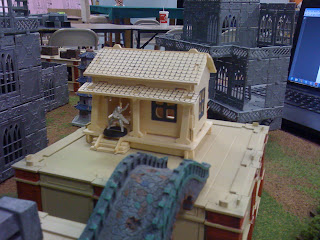 My Tiger Soldier, walking in the long way around since we agreed to leave out special deployment stuff and focus on basic rules (Britt hadn't had a chance to play in over 2 months). 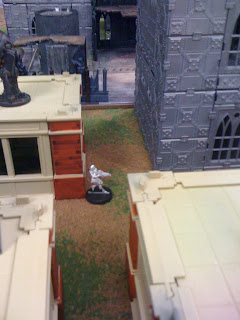 A basic overview.  I am not sure about using the 40k ruins; they lead to a bunch of Line of Fire/ARO/cover rules headaches.  Still, it was a nice dense table. 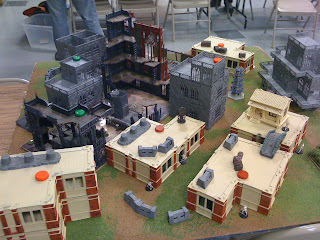 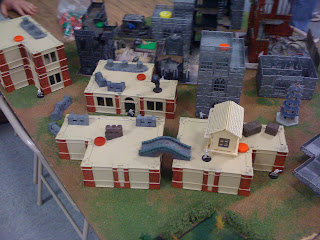 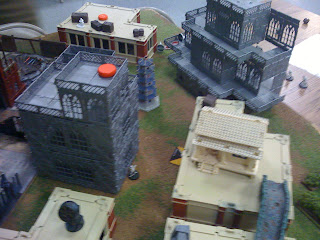 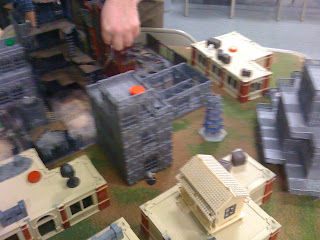 I should have taken more pics, or at least some more dramatic ones.  Ah well.  Later this week a batrep of our massive 4-person Flames of War game.  For the impatient you can go see where my friend Rory wrote it up on his blog.
Posted by Ken Coble at 9:44 PM