Not sure it was the best idea, but when the humidity dipped down to 60% here this afternoon (positively arid for central NC in fall) I sprang into action. 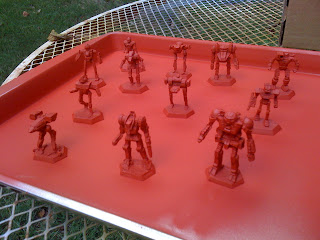 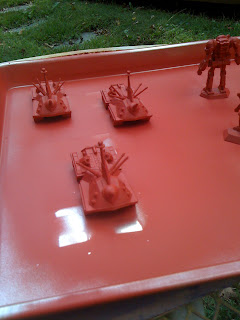 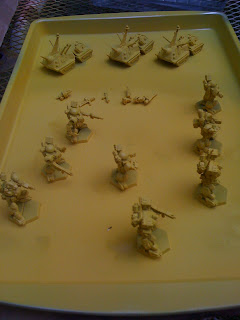 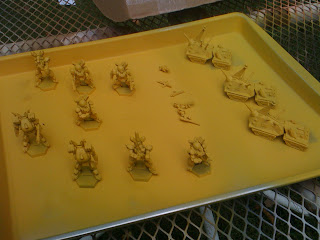 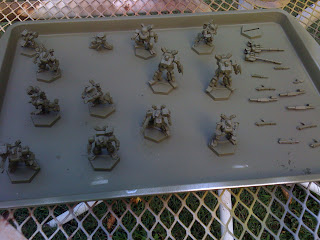 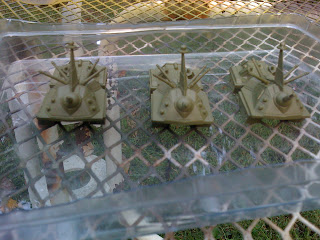 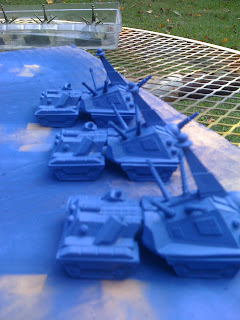 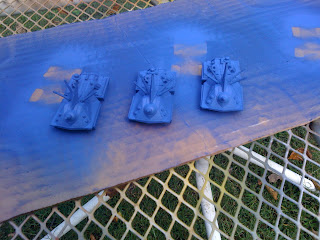 So it worked out fairly well, all things considered. Bullet points (bet you a dollar I can't actually get this into a bullet-pointed list):

Here's a few close-ups of the problems with the yellow: 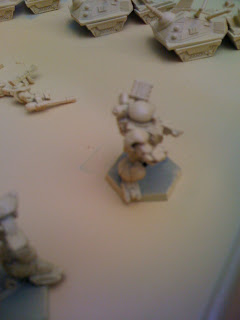 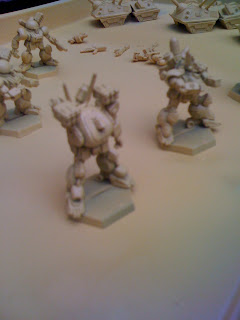 Still, here's hoping a bit of touch-up paint and an eventual wash knocks these problem spots down.

EDIT: well, the close-up pics of the yellow guys were so underexposed and blurry that the problems don't show up. Maybe I just need to bring a dry ice machine every time I plan on fielding them....
Posted by Ken Coble at 5:09 PM