So I am having trouble getting motivated to work on the blog, which is a real shame as we had a very good demo HG session at Hypermind in Burlington back on June 7th.  Four people showed up to play, and I did my best to run them through a very basic matchup, two games of one GP squad per side.  The only thing I did wrong was a big one, though - forgetting until the end of the night to point out that moving at Top Speed eats up an action.  Grr.  What a dumb, obvious mistake.  Ah well.  Here's pics: 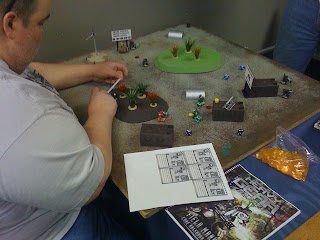 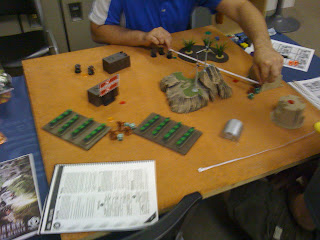 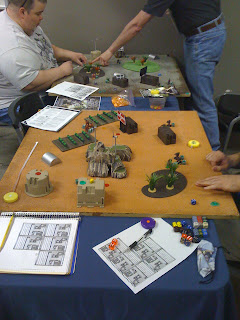 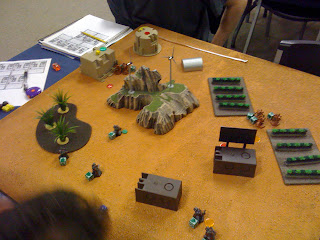 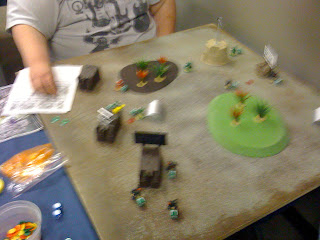 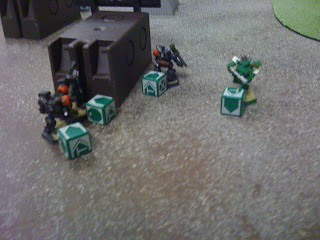 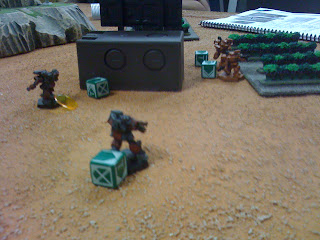 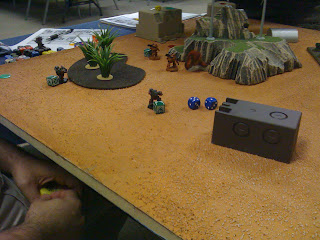 Since I've kind of lamed out on this, I'd love it if any (or all!) of the four players would add comments about what they recall about the demo.

Also the next demo will be this Thursday at Hypermind, starting at 6:30, which I have not been good about promoting.  Maybe I need signage for the front of the store, next to the Heavy Gear poster...

EDIT TO ADD: my friend Shawn wrote the demo up on his own blog, with way better pictures!  Here's the link: